Reached UC College, Aluva at 9:00 in the morning to attend FOSS In Science, 2007, perhaps the first conference in India dedicated to the use of Free Software in Scientific research and education. 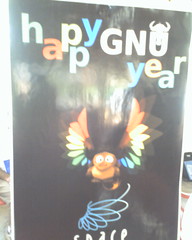 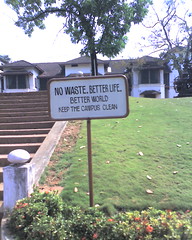 This was the last day of the conference and the first talk/demo was by Ajith - the Phoenix Project has progressed a lot in the past few months because of the hard work put in by Ajith - the code has been restructured to use interrupts, an arbitrary waveform generation feature was added, several plugin modules were designed (an especially interesting one being the radiation detection unit ), the website has been redesigned, a multi-channel CRO application developed .... I was seeing a few experiments for the first time. Two of them were really interesting. One was a home-brew capacitor - Ajith had simply sandwiched a thin plastic sheet between two aluminium foils - the RC charge/discharge application showed that this indeed behaved like a capacitor! The other one was on electromagnetic induction - it was fun to watch a sine wave applied on one coil inducing a similar waveform on another one. 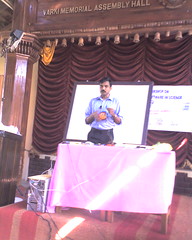 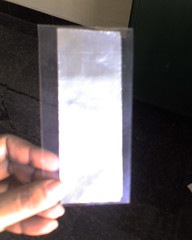 After Ajith's talk, there was a presentation by an officer from the NIC on use of `open source' software in e-governance (don't know how that is concerned with Science!). It seemed that this officer, like most of the `hi-tech' crowd in Bangalore, knew only about "open-source" and its main use as a "cost-cutting" strategy. A few people in the audience tried to tell him more about the importance of Freedom, but it seems he didn't really understand anything.

The conference was attended by a number of well known researchers and Free Software Advocates(like Dr.Prabhu Ramachandran , Dr.Nagarjuna etc) - interaction with many of them is expected to yield a very positive influence on the growth of Phoenix. 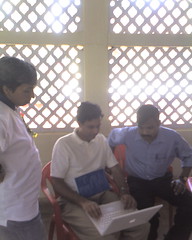 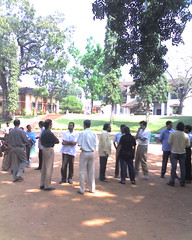 Ajith has identified a few exciting experiments which students can do as small projects - myself and Raju will try our hand at involving a few good students ... let's see how it all works out ...