This year's foss.in was organized at the IISc, Bangalore. I was there mostly as a `reporter', attending a few talks and randomly taking photos! The general impression I got was that the enthusiasm seen last year was lacking; maybe, it might be the absence of somebody like Alan Cox, maybe some other reason. Anyway, the FOSS expo was not worth mentioning, there were not too many participants for the commercial expo, and there was little student participation. It's easy to complain about all these things, but running a conference of this sort is not a simple job and the organizers must be congratulated for getting an excellent set of speakers deliver good quality talks! 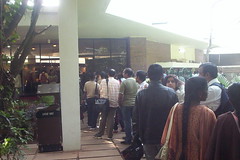 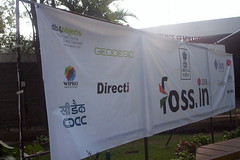 The keynote was by Suparna, India's own ace kernel hacker! She came out as a shy, unassuming kind of person who was perhaps a bit reluctant to be pushed onto a big stage! She gave a nice (but very fast) talk on the `minimalist' philosophy employed by the Linux kernel developers - giving examples from kprobes, the aio subsystem etc. It would have been good for us lesser mortals had she elaborated a bit more on the relevance of ideas like Ephemeralization in the development of the kernel. 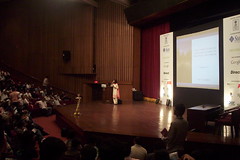 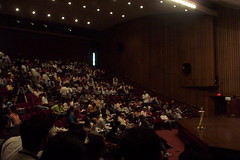 Christof Wittig (of db4objects inc) gave a talk on how `commercial' open source is going to redefine the software industry. His comparison of the business model employed by companies like MySQL to those employed by low cost airlines like Deccan was interesting. 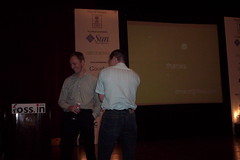 Sirtaj Singh (Mr.KDE) talked about writing an SMS service and Roger Persson of ABB robotics talked of using Python to create a flexible robot controller. Russ Nelson (the most `colourful' personality of FOSS.IN/2006) gave a talk on how to do simple h/w stuff with GNU/Linux 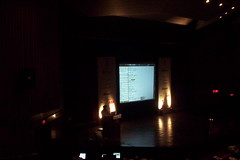 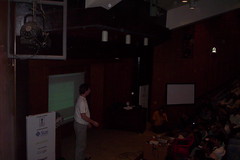 My FOSS.IN day 2 (half of it) was spent at the IISc campus with a few old students (and a classmate!). Murali, my classmate at MEC, is doing his PhD in theoretical CS; it was nice meeting him once again. 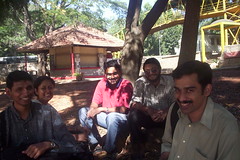 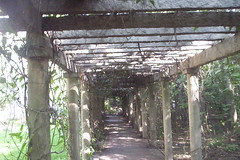 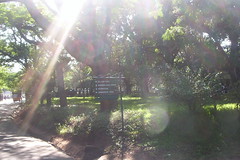 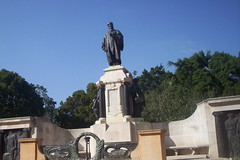 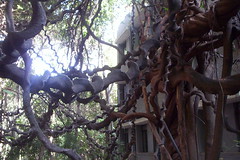 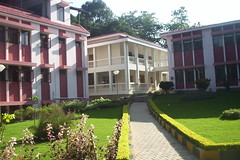 Day 2 evening session had talks by Christoph Hellwig on `how to contribute to Linux kernel development' and by Russ Nelson on open source licenses. 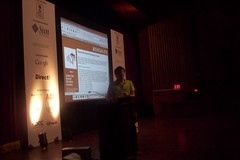 There was a panel discussion (moderated by Sudhakar Thaths Chandrasekhar) on `10 years of Linux in India'. The members of the panel included Atul, Sirtaj, Fred, Karunakar and others. Each panel member recounted his first encounter with GNU/Linux. The discussion became interesting when the question turned to why we Indians are not contributing anything back to the Free Software world. Many reasons were proposed - lack of a `hacker culture', economic problems, problems with the educational system, people getting involved only at the `political' level and not writing code, lack of student involvement ... A student from the audience got up and responded that there was no lack of student involvement - he described a story of how he converted his college's network lab to free software thereby saving lots of money .. he complained about the high entry fee (Rs.500) charged by the conference organizers and said that that was what was keeping most students away from such conferences. This is ridiculous, taking into consideration the fact that students in Bangalore spend tons of money going to theatres and eating out. Equally ridiculous was Atul's reply that the amount being charged was too `little' as conferences all over the world make you pay lots of $$ ... well Atul, this is India and not the US or Europe - we are not that rich. And then, this is supposed to be a `community' event! Another student got up and said that there were not enough people going out and telling them about GNU/Linux and Free Software ... 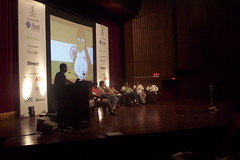 I missed most of Day 3 - except a part of the talk on OpenAlchemy (for the Simputer). I am the unfortunate owner of a Simputer (the early Encore simputer) - I say unfortunate because I found the device silly and its appearance repulsive. Maybe, things have changed for the better now - no idea about it. I remember these Simputer guys creating an application development platform called `Alchemy' and keeping it propreitory ... (that's the spirit of Free Software) ... maybe, when they saw that nobody was using it, they thought of giving it a push by making it `open'. Had they been wise enough to make it free at the onset itself, the story might have been different.[Update: I have been told by a reader that Alchemy is not the invention of the Encore guys and the PicoPeta Simputer is a better device - I am now waiting for somebody to loan me an Amida (PicoPeta) Simputer!]

A few of my students had put up a stall at the FOSS expo demonstraing Phoenix. They said that the response was pretty good - lots of people were interested in the device. 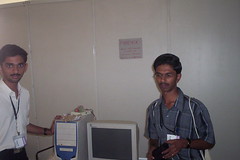 Companies like Google had put up stalls at the commercial expo ... Directi was giving away T-Shirts. 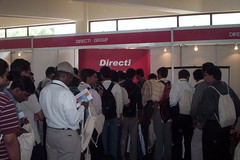 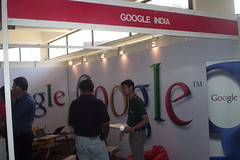 FOSS.IN/2006 has served its purpose of bringing together FOSS enthusiasts from India and abroad. But to further promote the growth of GNU/Linux and Free Software in India, the focus has to be shifted away from Bangalore - we need smaller conferences and expos in a lot of our little towns ... will there be any takers for this task?