Yesterday was Software Freedom Day 2006 - I was at the Vidya Academy of Science and Technology to take part in the events planned for the day. Reached there by 9:30 - Anivar, Anuwar and Baiju were already there; Hiran was running around excitedly coordinating things.

A number of students (from Vidya as well as one or two nearby colleges) had gathered in the lecture hall. After the usual `inauguration' stuff, Anivar got things started by having a discussion with the audience on some general issues concerning Free Software and society. Audience participation was good and there were some interesting questions. ESR's `Cathedral and the Bazaar' came into the discussion and was soon being twisted out of shape (sample: whether you would like to enter a Cathedral or a Baazar? Cathedral is more solid, peaceful - but it alienates you; Baazar is more `inclusive', you become part of it)! 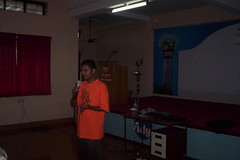 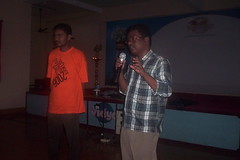 A common problem raised by the audience was trouble getting hardware/software issues resolved. If you are using Windows and something goes wrong, you just call your vendor and he will fix everything. Who will do this for you if you are using GNU/Linux and Free Software tools? It seems that at least in Kerala, people are becoming aware of this issue (and the business opportunities it provides) - maybe, in the near future, we will see hardware vendors actively getting involved in GNU/Linux support. Once a `critical mass' is reached, users will be also be able to support each other voluntarily.

There were as usual questions regarding `user-friendliness' which doesn't really make too much sense - the GNU/Linux graphical environment no longer lags behind that of MS. I have a pet theory that research into making computers `easier' to use is meaningless - the current generation of kids are growing up with computers - kids have no difficulty understanding complex stuff - let's teach the kids the commandline and send all those UI developers into exile!

After Anivar's session, Baiju M, who works with a startup in Calicut writing Python applications, delivered a talk on my favourite programming language! As it is difficult (and pointless) to teach syntax in a limited time, Baiju concentrated more on `motivational' stuff - like talking about who all are using the language, what are its strengths etc; he typed `import this' at the Python prompt and explained a few points from the `Zen of Python'! Baiju is very enthusiastic about Python - he is behind the Kerala Python User Group. 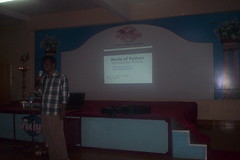 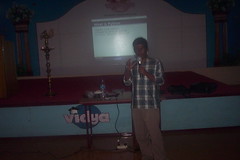 The evening session started with Anuwar's talk on Free Software and Business - he gave a thoroughly researched presentation. 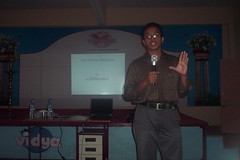 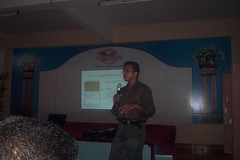 Last came my Phoenix Demo. I think a few students were interested in what they saw. 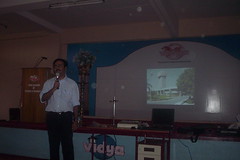 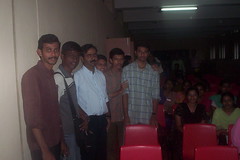 A student of mine who was in the audience was doing something interesting - he was converting the notable points put forward by the speakers into cartoons in real time! Maybe, if he has not thrown away those papers, I will get them scanned!

There was a stall put up outside the lecture hall where you could get copies of the book `Free Software, Free Society' by RMS - I purchased one. What is interesting is that the book is being printed and published from Thrissur by AlterMedia!