About 15 Physics Lecturers/Professors from various universities in North India are currently doing a workshop on `Experimental Physics with Phoenix' at the Inter-University Accelerator Centre. Many of them have had very little previous exposure to computer-based problem solving - but the majority seem to be getting the hang of it - Python is definitely an amazingly beginner-friendly language.

A complete redesign of Phoenix is taking place - the box is going to become much smaller, cheaper and even more powerful. It's now going to be based on the Atmega16 microcontroller. Because all the processing is being done by the micro, the code which runs on the PC is pure platform independent Python which makes it easy to run on, yes, M$-Windows. It seems that many people are unnecessarily put off when they hear the name `Linux' - these people can choose to run Phoenix with Windows (and later switch to Linux, once we convince them why GNU/Linux is superior).

Phoenix-M (the new version) has a very accurate ADC and counter - two features which are going to be crucial in many applications. Myself and Ajith are currently writing an extensive manual on using the device - we hope to make it popular with the Indian student/hobbyist community. More info later!

Here are some screenshots of the Python software CRO displaying a Phoenix-generated square wave of 3 different frequencies and versions of the same signals passed through an RC. How exciting it would be to have access to such a tool when you are learning basic circuit theory. 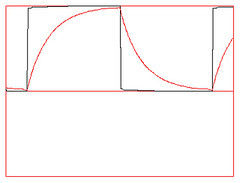 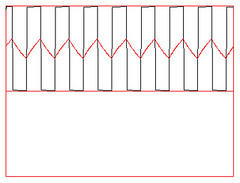 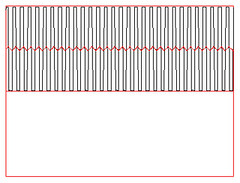