This is the last entry on my LiveJournal Blog!

Read the comments, they are interesting!

Are such chemistry kits available in India? I don't think so. I used to play with chemicals a lot - with material sourced from the medical store and from a chemicals dealer nearby who was unwilling to believe that my requirements were for purely scientific and peaceful purposes. I don't remember how I made my father accompany me to the `Vidyarthymithram' store near the municipal stand to purchase concentrated H2SO4 and HCL - but he did come with me, and the dealer reluctantly gave me the stuff. My first experiment was to find out whether sulphuric acid can *really* burn you - it was a great success - the scar from the experiment remains to this day! Experiments to create fire and boil liquids were extremely satisfying - concentrated acids, bits of cotton, potassium permanganate, small aluminium pieces etc were the usual ingredients.

The most exciting thing about Pre-Degree (plus-two) was that for the first time, I had access to a good chemistry lab. Small amounts of chemicals were smuggled on lab-days from the college lab to my `home lab' so that I could concentrate on my `research' better! I was (and still am) a big fan of Sherlock Holmes; the fact that Holmes too was a great chemist provided further motivation.

Children learn a lot during play - in fact, we can safely say that they learn only when they play. The western world has utilized this knowledge very creatively - the modern Lego robots and the Basic Stamp controllers and the old chemistry and `erector' sets all came out of this understanding that great scientists and engineers are NOT built by stupid B.Tech/BSc/Msc/PhD courses but by instilling the spirit of experimentation and discovery in students at a very young age through the medium of play.

It would be interesting to hear some of my reader's experiments in science during their school days ...

Here are some cool projects to try out when you get bored:

How do people get such ideas?

Here is how to get the Openmoko based Neo1973 up and running:

Get a root file system/kernel from:

You will see plenty of kernels and rootfs images on the build servers - don't try any two random combinations - it won't work. The kernel/rootfs combination you get from the above link is OK. 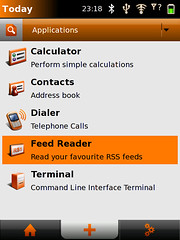 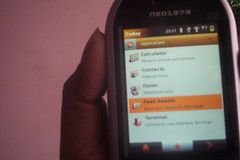 Erase the existing rootfs before you copy the new image.

The booting process is very slow - most of the time is spent in getting the UI up and running.

I have decided to `unify' my static home page with my blog - it will take some time, as I have to import entries from LiveJournal to Wordpress and iron out minor formatting issues. Reading PHP/HTML code is boring and an absolute waste of time - but I am beginning to appreciate web applications a bit more after going through some of the Wordpress scripts.

I am looking for a clean, simple Wordpress theme (there seems to be millions out there).

The unified blog/home page will be available at http://pramode.net in a week or two.

The FreeBird gets a new Home!

The Bird can now sing in Lua. Because I don't have shared libs enabled for the avr32, I had to plug the functions statically into the interpreter core. With Lua, this is so sweet and simple!

By the way, what is this GnuVision?

A New Vision, for a New Age!

It seems bizarre that we should be able to achieve universal computation with a machine as simple as the one above--that we can find just by doing a little searching in the space of possible machines. But that's the new intuition that we get from NKS. That in the computational universe, phenomena like universality are actually quite common--even among systems with very simple rules.

Check out this Slashdot report:

Here is the direct link

Critics would say that this is just a tiny little isolated phenomenon.

Mostly because they *want* this to remain a tiny little isolated phenomenon and are afraid of losing the comforts of Holly/Bolly ... whatever `wood' ... comforts obtained by labeling the public as thieves and `pirates'.

You see, schools must teach not just facts, not just skills but above all the spirit of good will, the habit of helping your neighbour. So every class, at every level should have this rule: "students, if you bring software to class, you may not keep it for yourself, you must share copies with the rest of the class".

However, the school has to practice its own role: it has to set a good example. So every school should bring only Free Software to class, and set an example with its software of the practice of disseminating human knowledge while building a strong, capable, independent and free society. And encouraging the spirit of good will, of helping other people. Every school must migrate to Free Software, and I call on you, those of you who are faculty, or staff, or students of this University, to work together to bring about the migration of this University to Free Software, completely to Free Software, within a few years. It can be done in a few years: it requires taking a substantial step each year.

RMS makes a very important point in this lecture:

I was creating some LaTeX Beamer slides for a presentation on FreeBird when Mobin and his Google SoC friends came with a box: 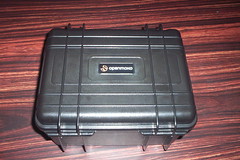 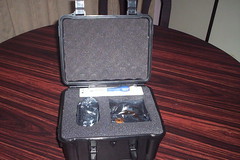 What's inside the magic box? The world's first freed phone, yes, an OpenMoko based Neo 1973!!

The world's first "freed" phone, and the first phone whose developers encourage you to take it apart and have fun! 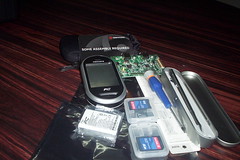 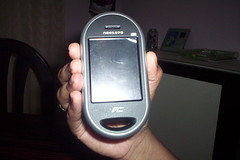 I hear the critics saying: "*hack* a phone - isn't that stupid - we just want a pretty phone which works". I shall ask them to go and read Computer Programming for Everybody (CP4E) . And, think a bit!

Today's kids are growing up with computers - `programming' as we know it today, will no longer be an `elite' activity limited to a profession called `programmers', `scientists' or `software engineers'. The `computer' will no longer be a mysterious box to be worshipped but a dear friend `embedded' in all kinds of appliances. `Programming' will be more of a basic skill like Reading, Writing and Arithmetic - and everybody will be a `programmer', to a certain extend (just like all of us are `writers'!).

Now, imagine such an `Information Society - ver 2.0' full of people who have the power to understand and control the computer (and not just click at pretty icons) surrounded by a sea of devices and software which screams out `change me NOT', `understand me NOT', `modify me NOT', `share me NOT' ... doesn't that sound stupid?

Look at GNU/Linux, the Free Software movement, and the world's first freed phone from this perspective, and you will appreciate it better. 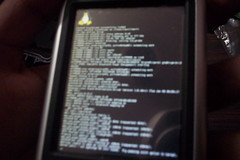 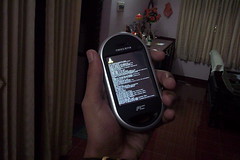 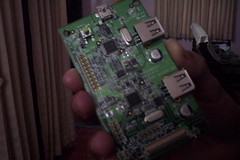 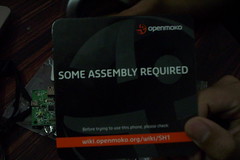 Thank you, Mobin and friends, for such a wonderful gift!